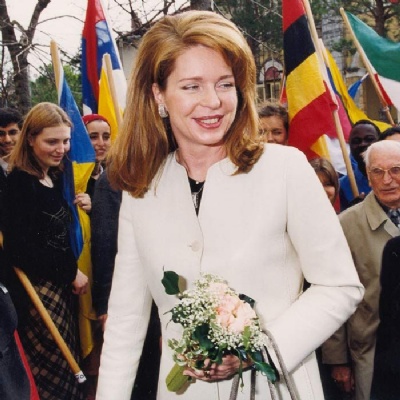 HM Queen Noor of Jordan is the current President of the UWC movement, having joined in 1995 when she took over the role from HRH Charles, Prince of Wales. The queen consort of Jordan from 1978 until King Hussein’s death in 1999, she now acts as the queen dowager of Jordan. Born in Washington, D.C., to an Arab-American family, she has spent the past 40 years in the public eye and in public service. Much of her work, both in Jordan and internationally, has focused on education, human rights, sustainable development, and cross-cultural understanding. Championing youth empowerment and women’s rights, as well as the arts and sciences, Queen Noor continues to demonstrate her commitment to positive social change, peace-building and conflict resolution in all of her many roles, including that of President of the UWC movement. Additionally, her daughter attended UWC Atlantic.